What could you do with $2500? How about turning it into a $13 Million company over a sixteen-year period?

That’s what Linda Surath Rockwell did with her initial investment into her own business in 1990.

Recognizing a need for her way of buying and selling industrial scrap material, Linda decided to borrow money from a personal credit card, rent a facility, truck, and borrow a forklift to open the doors of Consolidated Resources, Inc. “I knew my strength was not in the number crunching or office operations. My skills involved people and introducing a whole new concept to what was perceived as a shady business.

If I could find good people to help me run the facility and then establish a customer base that I could count on being there for a long time, then I knew investing in my passion would be a good idea.” Linda still has ten employees and more than 150 customers that have been with her for more than ten years.

Linda goes on to say that the industrial recycling business has been one known for thievery. Customers get paid by the weight and type of materials they sell to suppliers. It was far too easy for suppliers to report false weights or downgrade a commodity type to a lesser value. Linda had a much more creative idea – combine honesty with integrity to create a trusting working relationship. To that end, Consolidated Resources offers new customers the use of calibrated scales in their facility, or independent weight tickets by state certifi ed scale houses, or verifi cation by two weight tickets.

Further, the company owns two advanced technology metal analyzers that are capable of printing out exactly what the compositions are for any metal that is sent to the facility. Before any material is processed the composition is confi rmed with the customer so that they can dispute the fi nding or investigate internally.

One final step Ms. Rockwell took to further growth was packaging. “Over the years we had many clients who segregated the areas of recycling. Cardboard and paper were handled by one department, scrap metal by another, solid waste yet another. Because of my contacts and ability to pull the resource materials together I was able to offer fullservice programs at greater savings. And all with one phone call handling through either one person at the location or multiples.”

Scrap Metal Is Worth More Than You May Know

Are you being paid for the correct weight?

How does your organization audit your scrap weights?

Every company should think carefully about these important questions. Scrap is worth real money. Real money means dollars, not cents. In addition, by dollars we mean potentially thousands of dollars!

Several years ago, the United States Federal Government began investigating the business practices of several scrap metal dealers. In 2004, two Cleveland area companies were accused..…and indicted. The Justice Department levied fines of $10 million for each company. Furthermore, executives from both companies were fined and given jail time. In addition, in 2004, a Michigan company pled guilty to defrauding suppliers. That company was ordered to pay criminal fines as well as pay restitution to its victims.

One of the main issues being investigated is the practice of short weighing. Short weighing occurs when misrepresented weights are used to pay the supplier/ customer. Short weighing typically happens two ways. The first method is very straightforward. The scrap dealer, for example, picks up a scrap container from a customer that does not weigh the material. It is short weighing if the actual weight is 22,000 lbs and the customer only gets paid for 18,000 lbs. The second method is a little more complex, as was the case of the Michigan company: this situation involved the reprinting of weight tickets. The scrap dealer’s scale weighed accurately; however, they were reprinting weight tickets with lower weights and sending those to their customers. In both instances, the supplier/customer received documentation with weights; unfortunately, those weights were inaccurate.

To keep legitimate competition at bay, scrap dealers that short weigh will falsely “pay” a price back to the supplier/ customer that is at or signifi cantly above the steel mill market price. That situation should raise a red fl ag right away. How could a dealer that is reselling the material to a mill pay their customer a higher price than they could sell it for? Daily publications such as “American Metal Market” and “Iron Age” help keep manufacturers informed of what their scrap is actually worth.

Here is an example of how much short weighing could cost a business:

The more volume you have the greater your risk is if you do not accurately audit your scrap. As you can see, these are real dollars. This kind of cash fl ow can help hire a new employee, shorten your payable times, or be used towards a company party. The fact is, it is your money. You paid for the material when it came in your door, and you still own it when it leaves your door as scrap. Not getting the full value is cheating yourself and your company.

The following are some warning signs and questions to consider when selling scrap:

Some things to look out for: 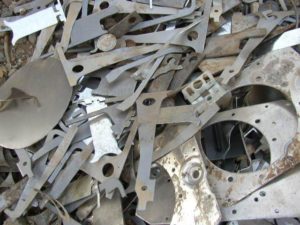 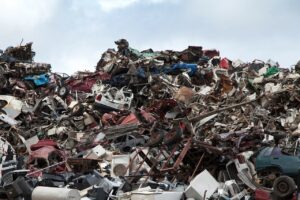